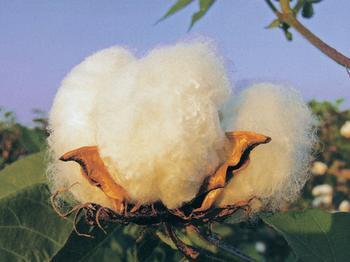 On August 12, the US Department of Agricultureâ€™s supply and demand forecast for August reduced the global cotton production and ending stocks in 2013/14. New York futures cotton rebounded strongly with this support. Cotlook spot prices fell. The US cotton bud rate was 97%, and the fruit setting rate was over 70%. In July, India's cotton yarn export registration volume increased by 48% year-on-year. In June, the Australian cotton export volume hit a record high.

The main contract of cotton futures opened slightly lower and continued to decline in the early Friday. The USDA supply and demand forecast helped the market rebound and the contract broke through 90 cents resistance in the second half. The highest reached 90.39 cents on that day. It closed above 90 cents for the first time since April 3. On the same day, the external goods market also generally rose.

Due to the recent continuous rise in the price of New York futures cotton, the spot price declined on the 12th, but there is still a large gap between the psychological price of textile companies and limited market enquiries. The industry is concerned about the US Department of Agriculture's report on the crops released this morning.

Third, the national dynamics to August 12 US cotton flower bud rate was 97%, compared with the previous week increased by 3%; last year was 99%; the average value of the last five years was 97%; Central South cotton area except Tennessee outside Both are 100% and 83% in Kansas, Southwest Cotton. The fruit setting rate was 73%, an increase of 20 percentage points from the previous week; the same period last year and the average of the last five years were 87% and 81% respectively. 99% in Arkansas and 34% in Kansas. According to the seedling report, 75% of the new flowers grew normally (excellent 9%, good 34%, generally 32%), which was 4 percentage points less than the previous week; the abnormal ratio was 25% (15% worse, very bad 10%) %).

According to the data released by the General Department of Foreign Trade of India (DGFT), India registered 137,700 tons of cotton yarn in July, which is the second highest value in history and an increase of 48% year-on-year.

Australiaâ€™s cotton exports in June reached a record high of 171,100 tons, compared with 168,200 tons in the same period last year; 73% of Australian cotton was exported to China.