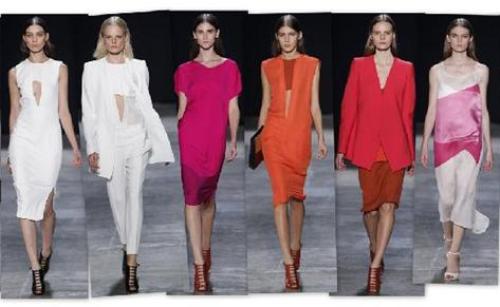 According to Taiwanâ€™s â€œUnited Daily Newsâ€ reported on April 24, the clothing industry in New York has a long history of competing â€œoffshoreâ€ to overseas development where both labor and production are cheaper. However, since 2013, they have â€œbackshoreâ€ and returned to New York. With development, the clothing industry in New York is now returning to life, and "Made in New York" is gradually becoming more and more impressive.

According to the report, the cause of this return was the collapse of the Lana building on the nine-story building in Bangladesh on April 24, 2013. The accident caused 1,138 deaths and more than 2,000 injuries. The Lana Tower is home to dozens of western clothing retailers who use local cheap labor to produce goods. The shock waves spread throughout the world, and the impact on New York City, which has a far-reaching tradition of clothing, has been particularly great.

â€œThe building collapsed and the cover of the tragedy was lifted. It shocked the consumers and awakened those brands.â€ Independent fashion designer Brand said that before the tragedy, consumers and customers did not know the worldâ€™s branded apparel production. Behind the process, how many people have worked hard with extremely low wages.

Brand felt this and thought to revitalize the American textile industry and established the "Made in New York" organization. This is a platform to assist independent fashion designers and provides them with a shared space, a fully equipped professional sewing site and a computer in Manhattan. Another similar space is expected to open in Brooklyn later in 2014.

Brand said: â€œThe tragedy of the Lana Tower and the phenomenon of global violations of garment labor** have directly stimulated many players to return to the shore. More and more designers have settled in New York and have developed. Brainflow after the financial crisis in 2008 The tide is now much smaller."

For this statement, Libretto brand designer Victoria Watson confirmed that "Made in New York" is now a very popular selling point and marketing tool. She said: "I'm made in 'New York.' I like New York. I sell products in New York. Everything is in New York. It adds a lot to me, and it adds more than ever."

According to reports, in a New York City building belonging to the High Production brand, the entrance brand lists the rights of workers, the basic hourly wage is 8 US dollars, and there is a free hotline that can be called for when there is a disaster. A company spokesperson said: "We respect workers here and are completely different from Bangladesh."